With iPadOS 14 the iPad gains access to additional refinements that help push it further as a do-it-all device. Alongside all of the changes that are shared with iOS 14, this update focuses heavily on transforming the Apple Pencil into a tool that’s useable in more ways throughout the OS.

The update also adds needed refinements to help take advantage of all of the extra screen real estate available on iPad. Watch our hands-on video walkthrough as we discuss noteworthy changes and features found in the iPadOS 14 beta.

iPadOS 14 is packed with several app design-oriented changes that result in a more friendly computing experience. New sidebars found in apps like Photos and Files speed up workflows by surfacing often-used areas and information with more consistent design language.

In addition to the improved sidebars, apps also gain access to toolbars that expose more app functions and new desktop-like pulldown menus that consolidate multiple functions into a single area. Be sure to watch our hands-on video walkthrough below for a demonstration of what I describe here.

Other enhancements found throughout iPadOS 14 are subtle, yet appreciated. For instance, the pop-over menu that appears when composing a new e-mail is now automatically minimized when tapping outside of the pop-over.

Following the lead of context-maintaining enhancements to Siri and incoming phone calls, Spotlight search now appears as a simple overlay instead of whisking users away to a dedicated Spotlight interface. This updated design closely resembles what happens when Spotlight is invoked on the Mac and allows users to begin Spotlight searches without obscuring the current app being used. 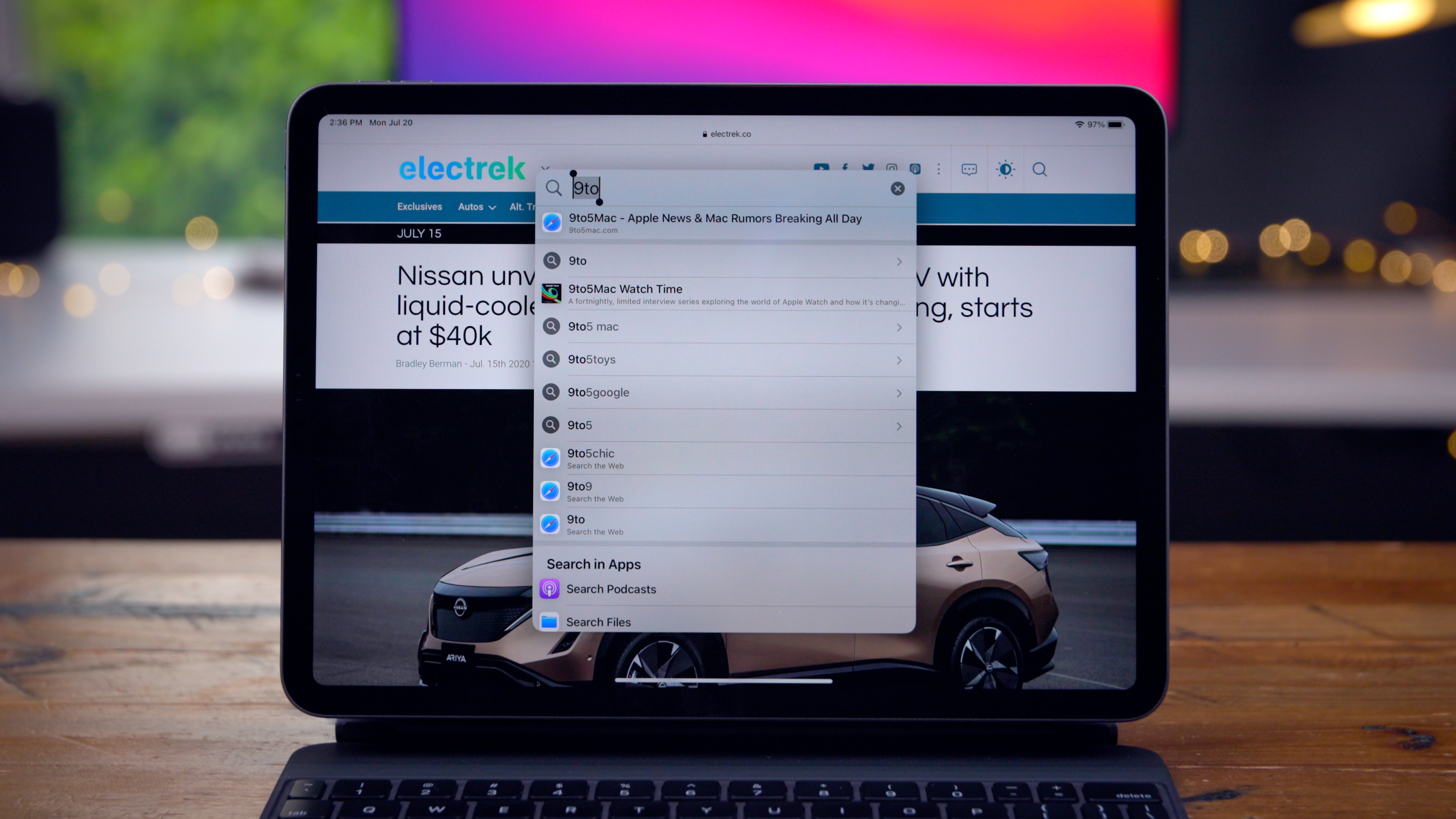 The aforementioned updates to the incoming call interface and Siri are available on iPadOS 14 as well. Instead of taking focus away from the current app, incoming calls from iPhone, FaceTime, and VoIP apps now appear as a handy banner at the top of the display. 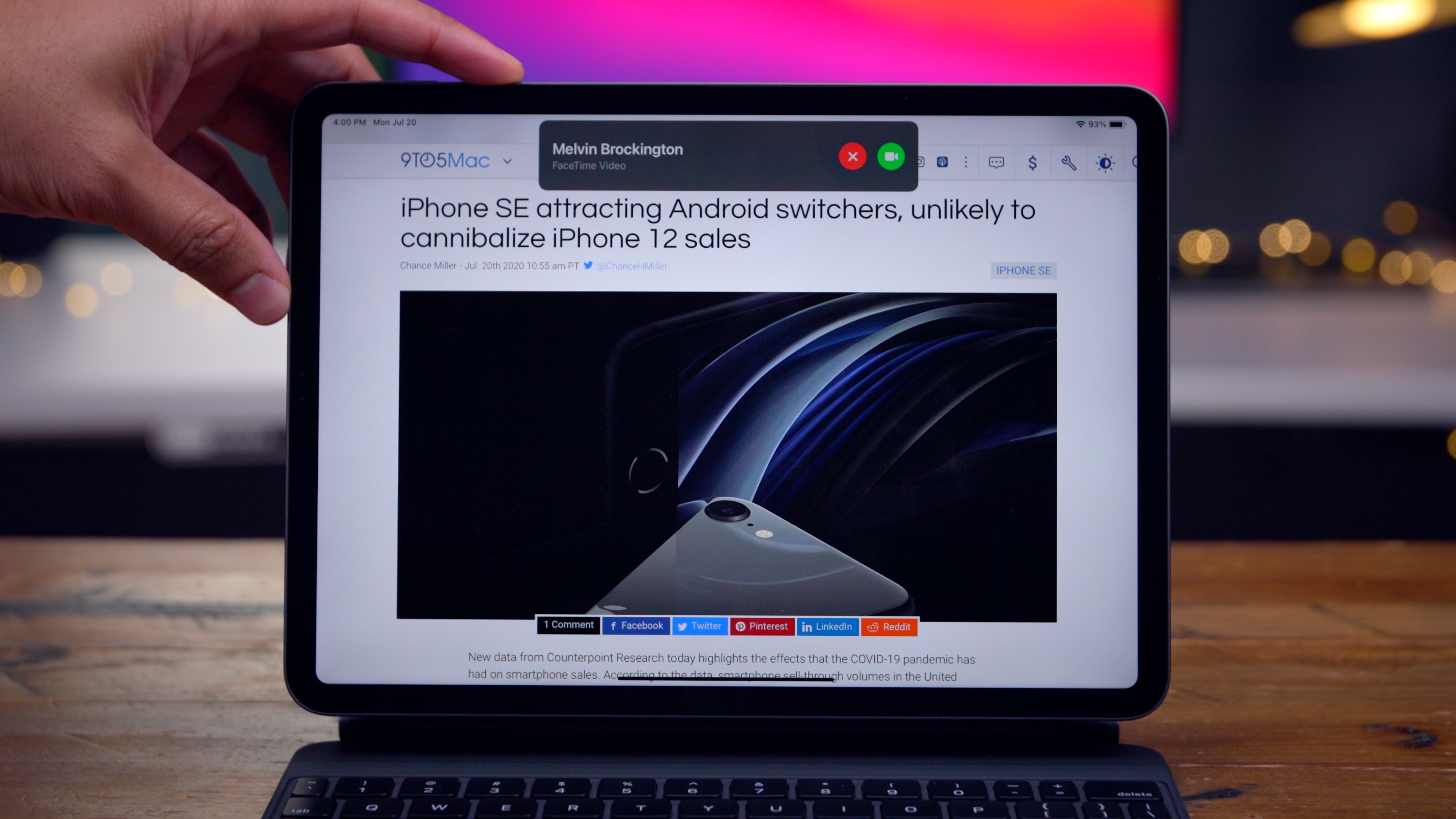 Siri also gains a new context-maintaining interface, pivoting away from the dark full-screen interface present on iPadOS 13. And while such an update is a step in the right direction, interacting with any other area of the iPad will immediately dismiss Siri. In future updates it would be nice if Siri could stay active even while users worked in other applications. 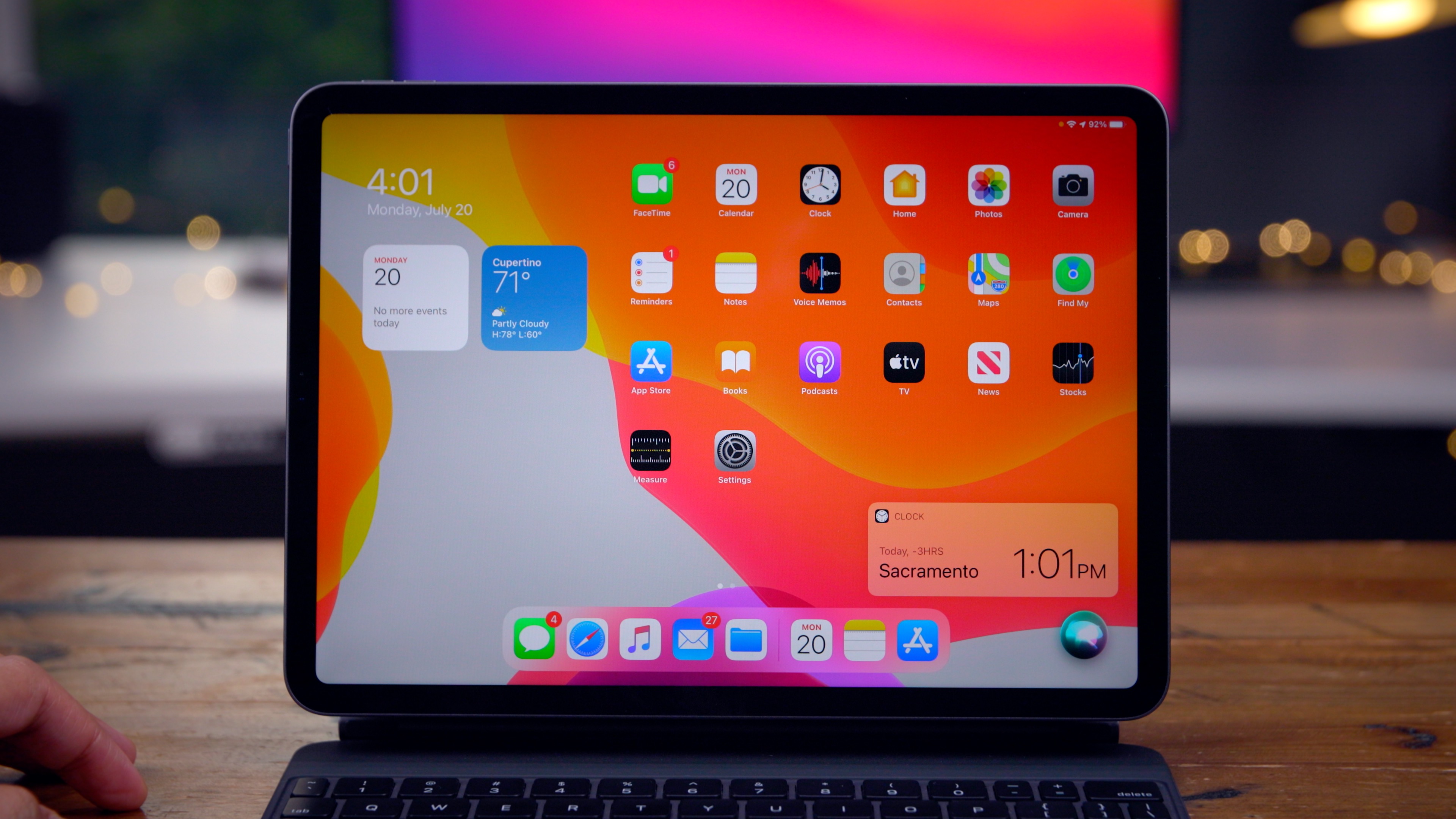 One of the biggest changes to come to iPadOS 14 is the promotion of the Apple Pencil from a primarily creative asset to a tool that now feels like a more natural way to interface with all areas of iPadOS. 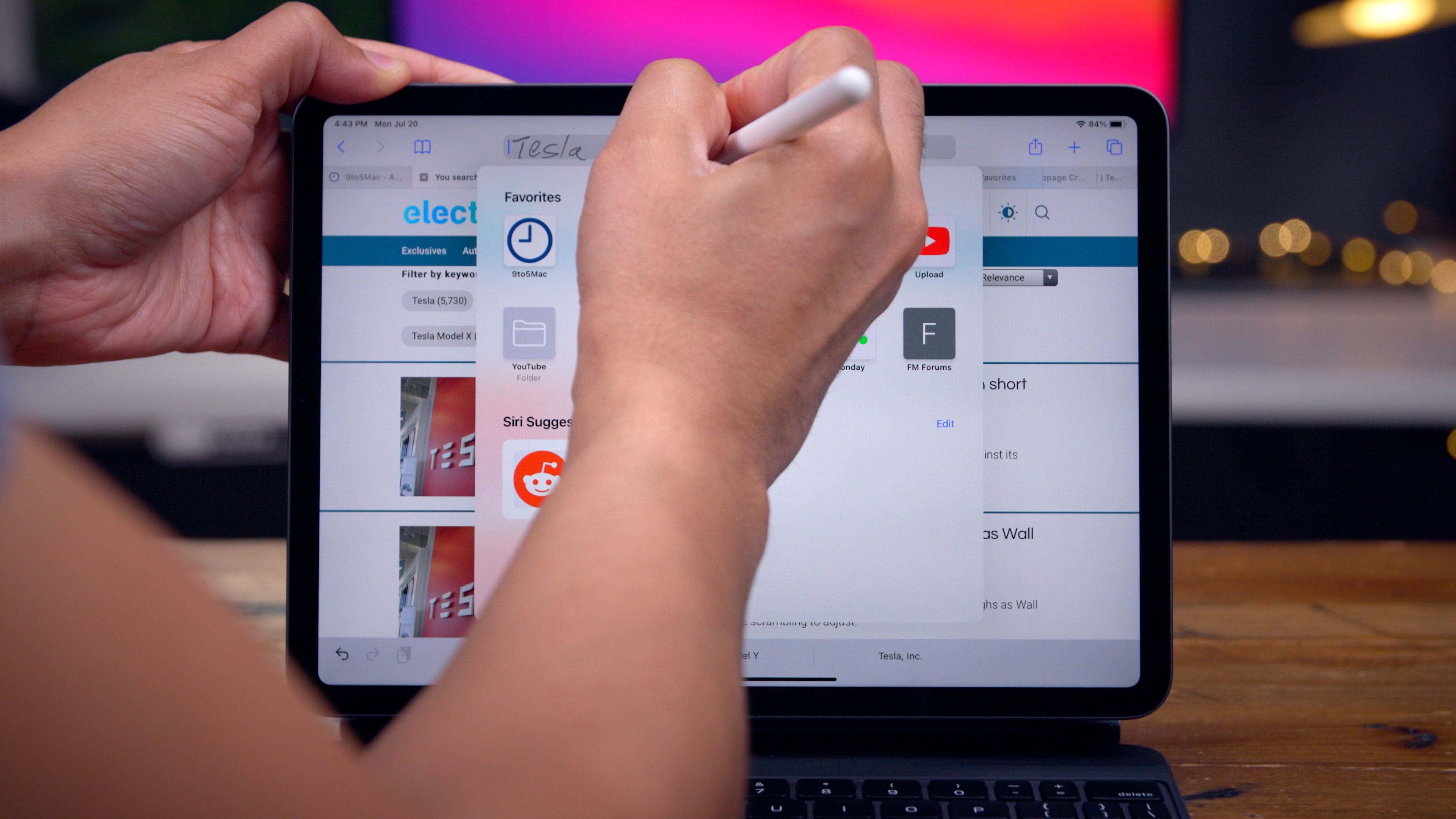 New Scribble functionality allows users to use handwriting in any text box using Apple Pencil, providing users with a viable alternative to keyboard typing. Scribble also comes equipped with built-in shortcuts that let you easily delete, select, and insert text. There’s even an accompanying Scribble Palette that dynamically changes options based on the current app being used. 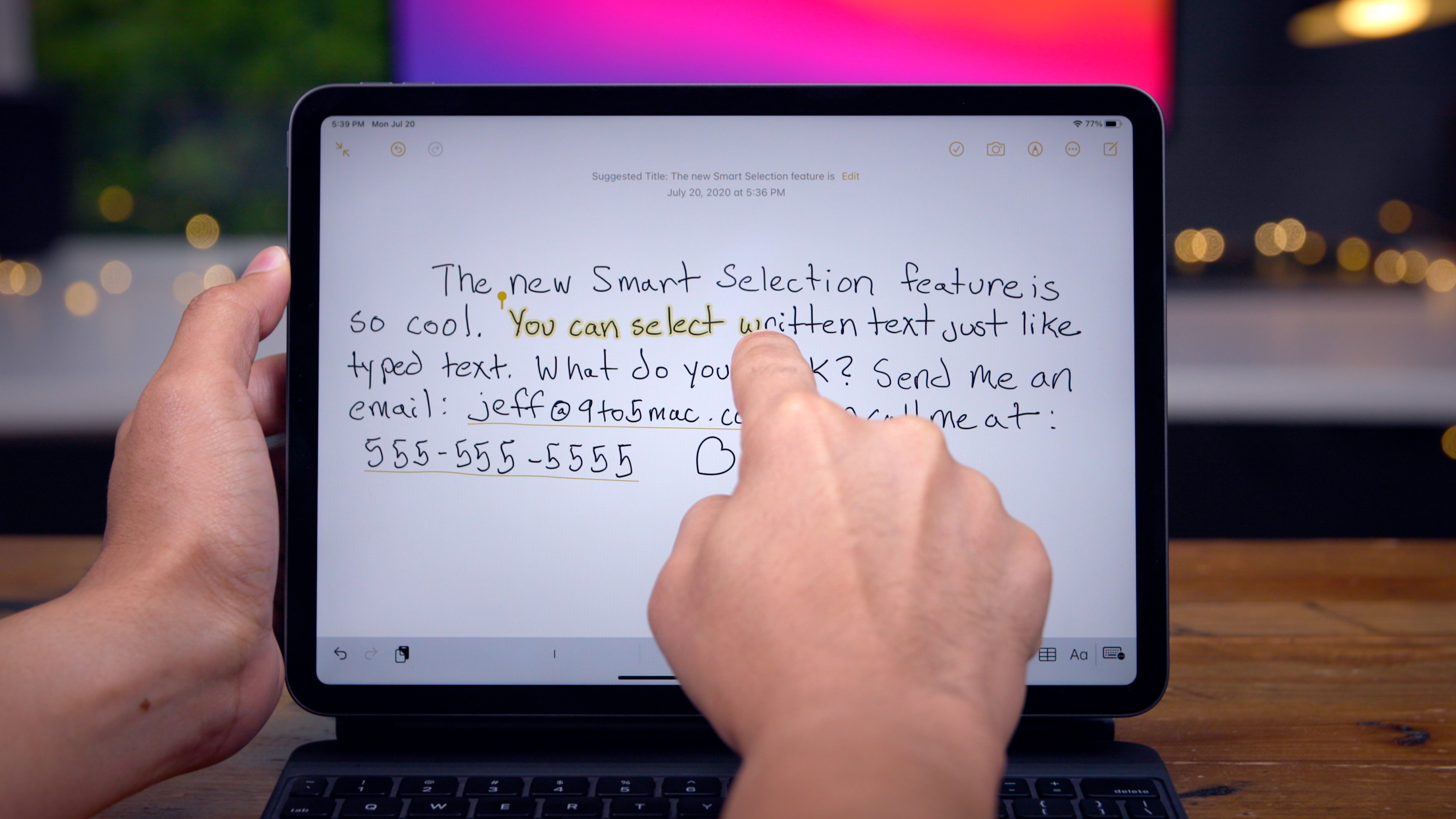 Many of the changes and features found in iPadOS 14 mirror those on iOS 14, so for an in-depth look at everything new coming to the iPad, be sure to have a look at our in-depth iOS 14 video walkthrough.

You may have noticed that I didn’t talk about Widgets, and that’s because not only are they essentially the same as they are on iOS 14, they can’t be placed on the general home screen area like they can on the iPhone. Instead, Widgets are relegated to the dedicated widget area on the first home screen page, just like in iPadOS 13. Here’s hoping a future version of iPadOS will provide widgets with a get out of jail free card of sorts.

At any rate, the iPad continues to carve out its own path, and we’ll continue to see refinements — large and small — that lend it a unique identity. Although not always immediately noticeable, the app design improvements help move the iPad forward, while major updates like the enhanced Apple Pencil support stand out as pillar features.

What’s your favorite new change or feature found in iPadOS 14? Sound off down below with your thoughts.