PlayStation 5: A Look at the First Exclusive Game 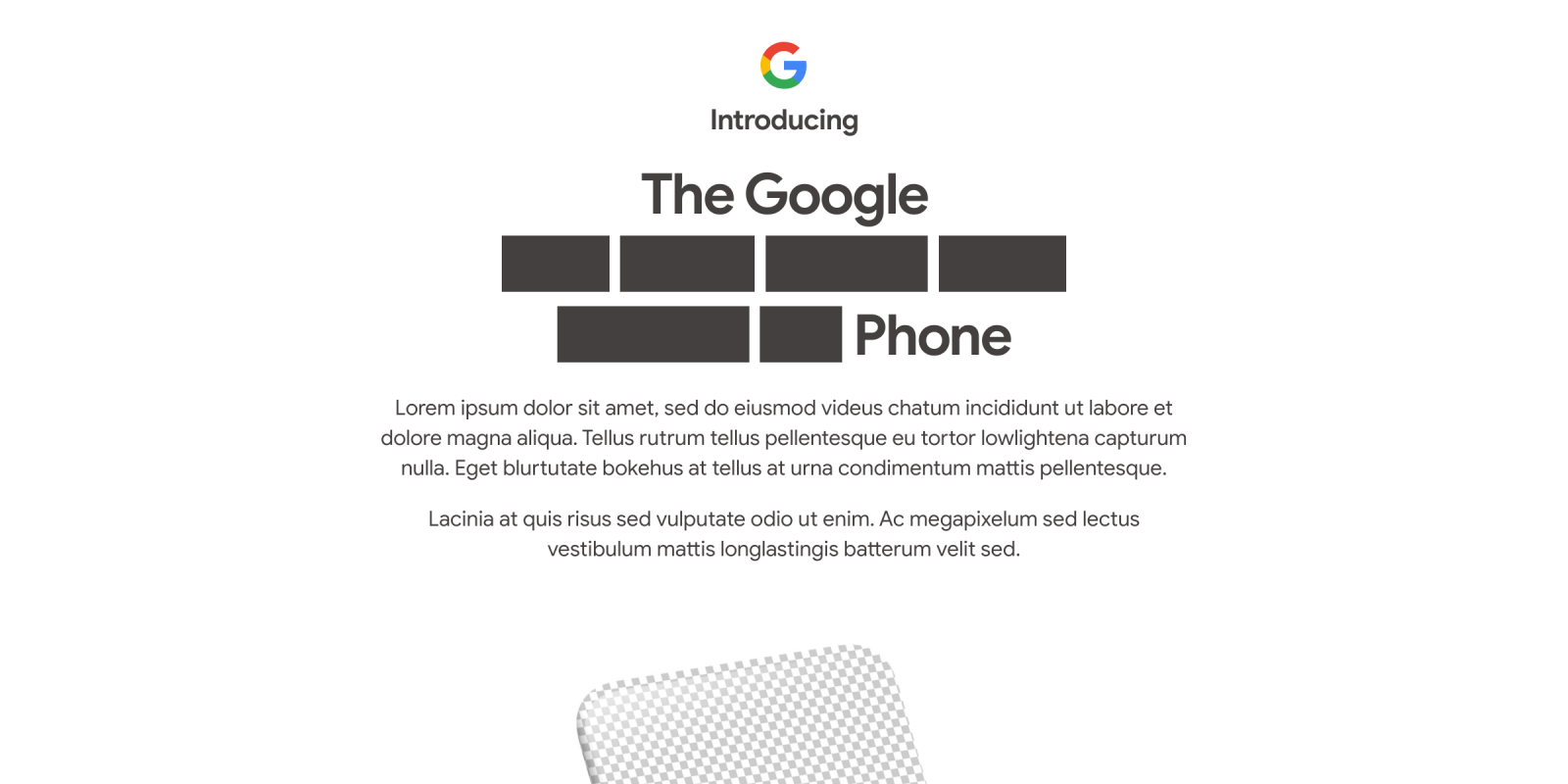 While thoroughly leaked, Google has stayed quiet about when to expect its next mid-range phone. That’s changing today with a “lorem ipsum” tease for what is most likely the Pixel 4a.

Made by Google today updated its Facebook and Twitter pages with a new cover image. It features a black hole-punch in the top-left corner that is clearly a nod to the Pixel 4a and its front-facing camera.

In the case of the latter social media presence, it renamed the account to “The Google RTing, Meme Loving, Info Sharing Stream.” There are several Google-colored boxes for words that presumably describe and tease the Pixel 4a.

It links to a new Google Store landing page with an Easter Egg that reveals an August 3rd date. (Tap the boxes until they match the Google logo’s ordering: blue, red, yellow, blue, green, and red.) The text then reads: “The Google Just What You’ve Been Waiting For Phone.” This is clearly a nod to how people have been waiting for this phone since May.

Meanwhile, a phone-shaped object that matches the Pixel 4a is covered in a checkerboard pattern.

More about the Pixel 4a:

With Dylan Roussel and Kyle Bradshaw

Editor. Interested in the minutiae of Google and Alphabet. Tips/talk: [email protected]