Apple will not include EarPods or a wall charger with iPhone 12 models this year, one analyst believes that pricing will still increase slightly compared to the iPhone 11 lineup. 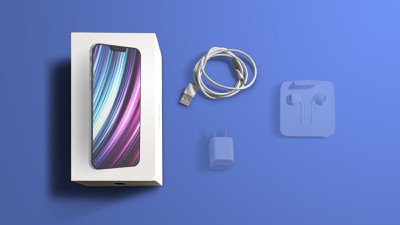 In a research note provided to MacRumors, analyst Jeff Pu forecasted that iPhone 12 pricing will start at $749 for a new 5.4-inch model, an increase of $50 over the base model ‌iPhone 11‌ for $699. Pu said the price is primarily attributed to the addition of 5G and an OLED display on all ‌iPhone 12‌ models, whereas the base ‌iPhone 11‌ has an LCD.

Due to 5G, Pu believes that the price increase will be “accepted by consumers” and “will not affect demand,” but the move would generate controversy nonetheless if the EarPods and wall charger are removed from the box as rumored.

Extrapolating on Pu’s prediction, the 6.1-inch ‌iPhone 12‌ would likely start at $799 or $849, so customers who want to stick with the same size display as the ‌iPhone 11‌ could be facing a larger $100 to $150 price increase. It’s unclear if a price increase would extend to the Pro and Pro Max models, which currently start at $999 and $1,099, respectively.

This prediction contradicts information shared by Jon Prosser, who said the iPhone 12 lineup will start at $649.